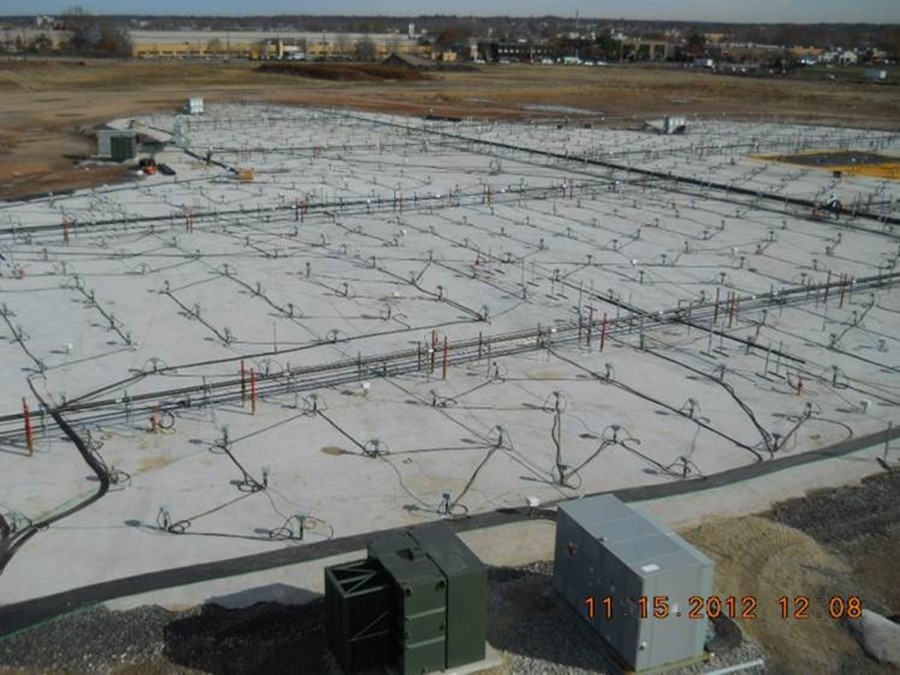 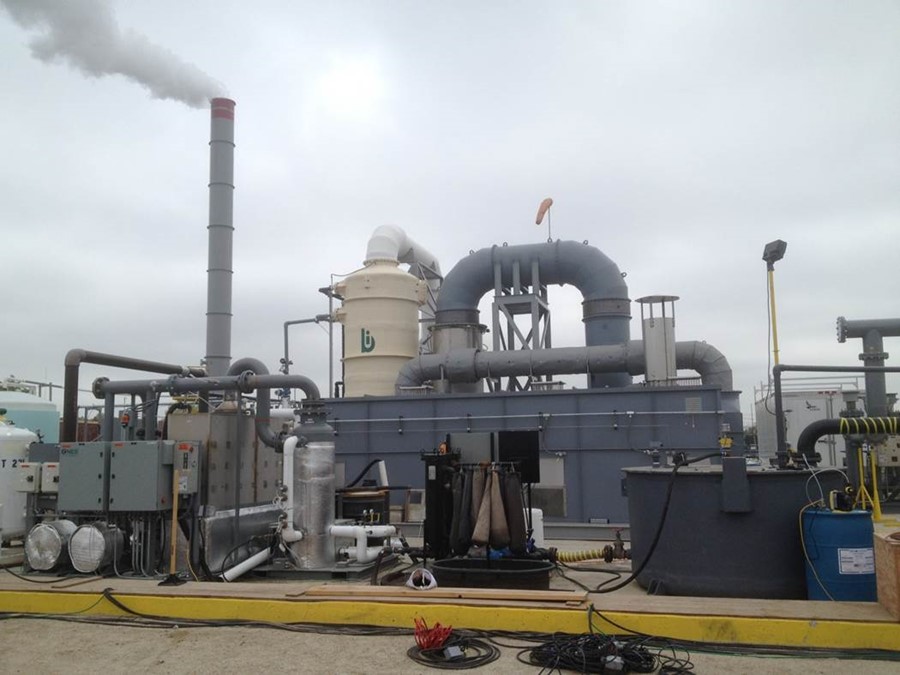 The Teterboro Site was the location of a former aerospace manufacturing facility, just outside of the Teterboro airport. The production of high precision metal parts eventually led to CVOC soil contamination across the site. Areas of DNAPL accumulation also existed within the subsurface. Redevelopment of the site required the source area to be treated to concentrations below 1 mg/kg for all COCs.

TerraTherm, a Cascade Company implemented ISTD technology utilizing 907 heater wells to heat the subsurface to the boiling point of water. The thermal treatment zone covered an area of approximately 3.2 acres, making it the largest ISTD project in the world to date. Shallow groundwater required the installation of a barrier wall and partial dewatering prior to heating.

Implementation challenges related to the scale of the project were solved and published (ref. Heron et al 2015 GWMR paper). Most heater borings were installed using direct-push technology, saving time and money, and reducing the waste disposal activities. TerraTherm was able to remove approximately 30,000 pounds of contaminant mass from the subsurface and achieved the remedial soil concentration goal of 1 mg/kg after approximately 238 days of operations.