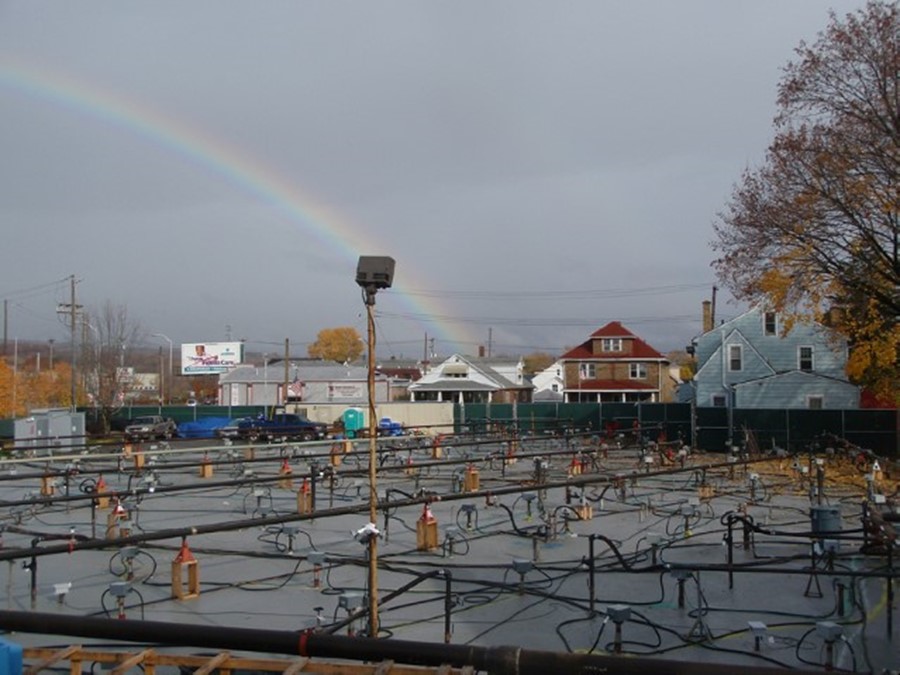 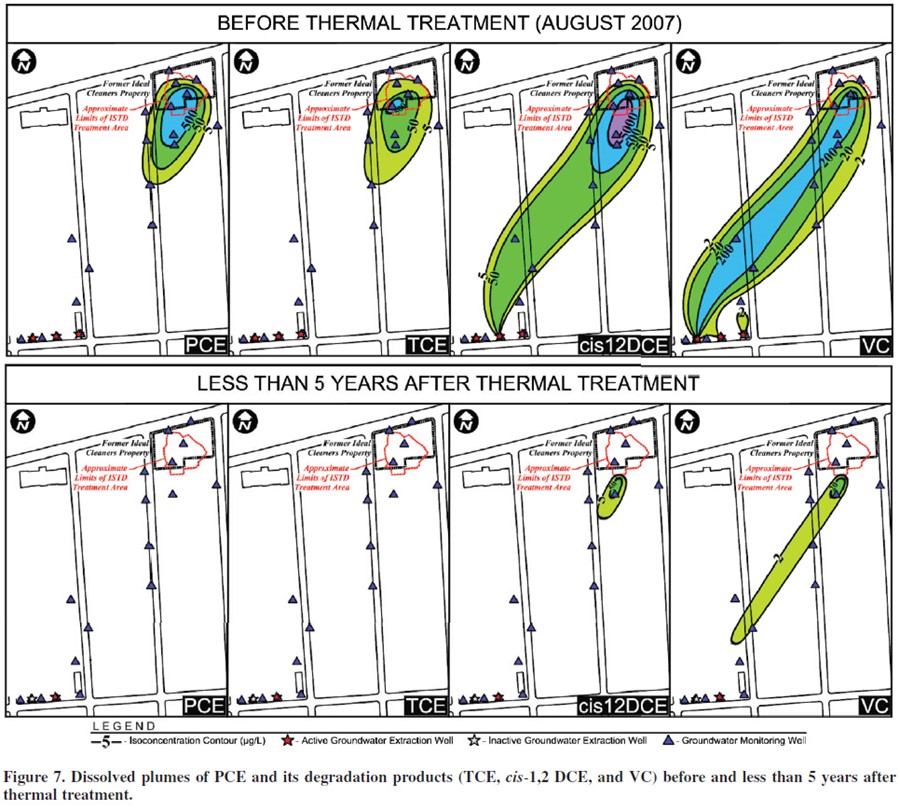 The Endicott, NY site formerly housed a dry cleaning facility that operated for about 20 years and is attributed with the release of PCE into the soil and groundwater at the site during its operation. The PCE plume was treated for many years utilizing a pump-and-treat system following the shutdown of the dry-cleaning facility; however, a solution was needed to treat the source area.

TerraTherm, a Cascade Company utilized thermal conduction heating to heat the source zone to the boiling point of water. The thermal treatment required 257 heaters and approximately 200 days of operations to complete. They then removed more than 8,000 pounds of contaminant mass from the subsurface and achieved the NYSDEC’s 6 NYCRR Part 375-6 “unrestricted use” Soil Cleanup Objectives within the source zone. Following thermal treatment, IBM implemented a Monitored Natural Attenuation (MNA) program in the former PCE source area and plume to monitor for VOCs. It was demonstrated that the mass discharge from the source zone had been reduced by three orders of magnitude, allowing the plume to dissipate by MNA. The pump and treat system was shut down five years after thermal treatment.